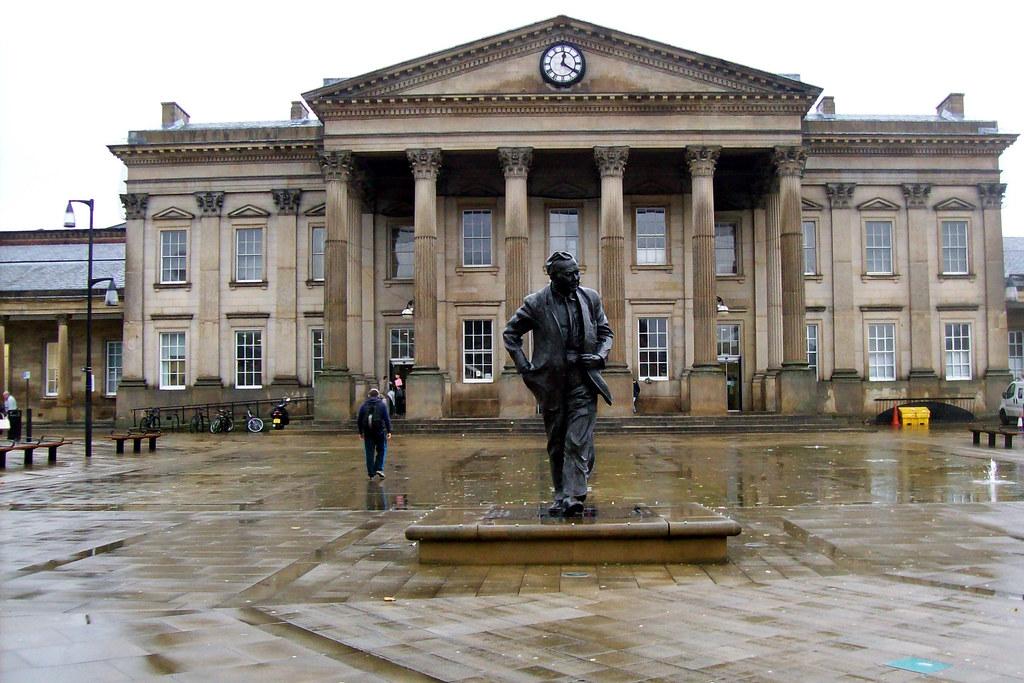 An Open Letter to Secretary of State, Grant Shapps

Home » An Open Letter to Secretary of State, Grant Shapps

Levelling up northern towns, rail electrification and the Transpennine route

Huddersfield Unlimited and Huddersfield Civic Society are highlighting the clear and urgent case for full electrification of the Transpennine route from York to Manchester.  Twice postponed by government, and with national decisions on rail investment imminent, this is an immediate and tangible opportunity to “level up” the north of England at a time when the impacts of Covid 19 are driving the North’s economy in the other direction.

We have welcomed the published plans for the upgrade of the railway between Huddersfield and Westtown (Dewsbury) with consequent benefits for the environment, service performance and decarbonization, but the wider benefits of full electrification are significantly higher, including improved air quality in our towns, removing freight from the M62 and other major routes, improved reliability and journey times for passengers, and better connectivity between communities across the North. This investment is critical to the economic future of towns like Huddersfield and Dewsbury along the route.

Many businesses and organisations in Huddersfield, and more widely, support the case for full electrification of Transpennine. They include Kirklees Council, Zero Carbon Yorkshire, Railfuture (Yorkshire), Action on Yorkshire Transport as well as national transport and environmental organisations (e.g. Campaign for Better Transport, Campaign for Rural England).

The rail industry and Network Rail themselves, in the recent interim Network Rail Track Decarbonisation Network Study (TDNS) of electrification for strategic routes over alternatives, have clearly identified the benefits. A holistic economic assessment would be expected to show that the capital costs of electrification will be more than offset by lower capital costs of electric trains and lower energy, operating and maintenance costs. The recommendations of the Northern Electrification Task Force (“Northern Sparks”, March 2015) would also prioritise investment and improved services in many local lines as part of a “levelling up” agenda.

We were encouraged by your announcement in July that you wish to see full electrification of the entire Transpennine route. That statement showed us that you can see and support the benefits of full electrification but there has been little public sign since then of how that commitment will be delivered.

We have called on the Department of Transport and Network Rail to publish clear, unambiguous and funded plans, showing an early timetable for the full Transpennine electrification and have called for the National Infrastructure Commission’s Integrated Rail Plan for the North and the Midlands (due to be published imminently) to make an explicit commitment to both the full Transpennine Route Upgrade and the rolling programme of electrification.

Anything less will pass up the best short to medium term opportunity of “levelling up” for the North.

We have already gathered support from a number of local businesses, including:

If you would like to show your support, contact us on info@huddersfieldunlimited.co.uk to have your voice heard on this matter.