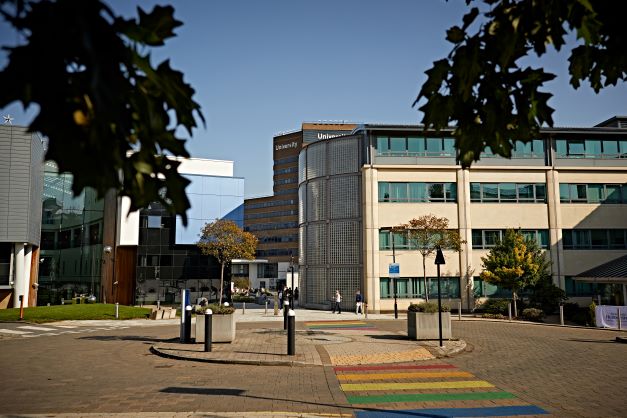 The enduring fascination with the mystery of ‘The Princes in the Tower’ and whether King Richard III ordered their murder is the subject of a new BBC documentary featuring the University of Huddersfield’s Professor Tim Thornton.

Tim can be seen in a new episode of Lucy Worsley Investigates, ‘Princes in the Tower’, where he discusses newly-discovered evidence that directly connects Richard III to men identified as the boys’ murderers.

A conflict over succession the English crown erupted when King Edward V succeeded to the throne in 1483, but aged just 12, he was deemed too young to take power and so his uncle Richard of Gloucester was named as Edward’s Lord Protector.

Richard was proclaimed king as Richard III just a few weeks later when Edward and his brother were declared illegitimate, with the new monarch placing the boys in the Tower of London. They disappeared from public view soon afterwards and were never seen again, sparking centuries of debate over whether their disappearance and likely deaths should be pinned on Richard III.

Professor Thornton’s research, first published in ‘More on a Murder’ in the Journal of The Historical Association, has unearthed evidence that a man alleged to be one of the murderers of the princes, Miles Forest, had two sons who were members of the court of the subsequent king Henry VIII.

Forest’s sons were at court at the same time as Sir Thomas More, who wrote a detailed account of the princes’ disappearance and murder in ‘The History of King Richard III’ in which he named Forest, and Tim says it is highly likely that they were credible sources of information for More.

“In the programme we talk about the extraordinary evidence that when More was on embassy in the Low Countries and was thinking about writing the Richard III project, the man who was messenger between the embassy and the English court was none other than Miles Forest, the son of the man More named as the murderer of the princes,” says Professor Thornton.

“The programme was an opportunity for me to talk about my research, which is about the ways in which More’s history was written and what it means regarding engagement with some of the people who had survived from those traumatic events in the 1480s.

“I have raised the important possibility that there was a direct contact between More and the sons of the man who he identified as one of the murderers of the Princes in the Tower.”

Prof Thornton filmed his contribution to the programme with presenter and historian Lucy Worsley at Buckfast Abbey in Devon, closely associated with More. Since first writing about his theory regarding More and the Forest family, the Professor has discussed his work with media in the US, Germany, Australia and elsewhere, testimony to the story’s enduring global appeal.

“It is the greatest murder mystery in British history, so it is not surprising that it captures the imagination. The essence is that a young king and his brother simply vanish and their uncle takes the throne. There is very little written in any detail about them in the immediate aftermath, although there are suspicions. It’s an extraordinary story.

“The research was exciting as it allowed me to discuss this theory as I have never done before to a much wider audience. We knew when we were putting this programme together with the BBC Studios that there was still such global interest in it. It’s gratifying to see it follow through with PBS in the US as well as the BBC.”

The discovery of Richard III’s body in Leicester in 2012 saw a resurgence in interest in the deposed monarch, with a film written by Steve Coogan about the discovery of the skeleton under a car park and the subsequent controversy over its legitimacy in the offing.

“It is astonishing how across the globe and across cultures, this story grips the imagination. On a deeper level, it is a challenging piece of historical investigation and that makes it exciting in its own right. There are lots of questions about propaganda and the reliability of evidence which are compelling in any society but are thrown into sharp focus by what happened in England in the late 15th Century.

“It is also a seminal piece of English history with huge changes in the economy, society and religion taking place .”