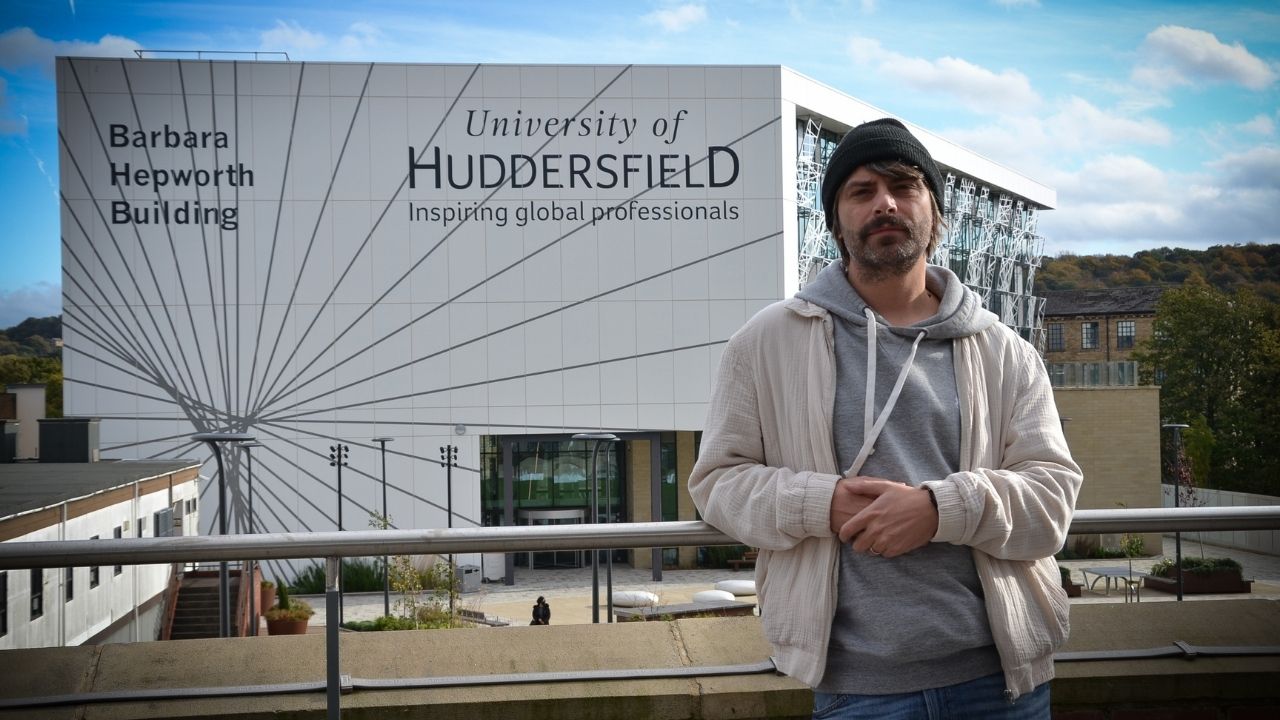 By @Management 10th November 2021 No Comments

The University of Huddersfield is delighted to announce that renowned composer, musician and producer Benson Taylor is its first Composer in Residence.

Born in Bradford but now dividing his time between Yorkshire, Italy and Los Angeles, Benson has earned a reputation as one of the most exciting talents working in music for film, television and streaming services.

The 38-year-old’s recent credits include London Fields and Chick Fight, while his songs have featured in shows such as Suits, Grey’s Anatomy and Orange is the new black.

His first feature film score, for Fear Of Water in 2014, won ‘Best Original Music’ at the Monaco Film Festival and as producer he has worked with Mercury-shortlisted Maximo Park, Bloc Party, GRAMMY Nominated Bones UK and Bat For Lashes among many others.

“The University has incredible facilities that maybe people are not aware of,” says Benson, “like academics studying spherical 360-degree sound. I am really passionate about these specialisms, and there are great people working on the hows and whys of these kinds of things in Huddersfield.

“There are some great minds here and I’d love to explore them. I also think there is a huge benefit for the university to work closely with innovation and tech in the commercial world.”

“We are extremely excited about this partnership,” said Professor Monty Adkins, Dean of the Graduate School. “Benson, as a world-leading musician, producer, and entrepreneur, and he will work closely with our film music and music technology students on a number of mentoring, composition, recording and spatial sound research projects.

“His presence will help continue our commitment to providing our students with the very best academic learning combined with industry-focused perspectives and opportunities.”

Benson’s passion for film music stems from his love of the ‘high concept’ action movies he watched while growing up in the 1990s, and an ambitious decision to study music at UCLA meant he was able to quickly develop a network of contacts in Hollywood.

“I had always loved films but specifically bombastic, ridiculous high-concept Hollywood films. I loved the ridiculousness of the story lines of something like ‘Con Air’, and one of my mentors is Mark Mancina, who did the music for that film, ‘Bad Boys’, ‘Speed’, and many more.

“I figured that making music for films was what I wanted to do, and maybe being from Bradford you wouldn’t think in-depth about music production for Hollywood but I was very aware there was music in these films, and I wanted to be a musician. I thought there had to be a way of combining the two.

“At university there will be the chance to learn, develop and hone your skills but with music you have to be able to perform, write, compose or produce before you even arrive. The experience was about making contacts and relationships with people who have similar values about what they want to create.

“If it’s a case of walking across campus to look at a film being made, that chance should be taken – you don’t know where the next chance might come from.”