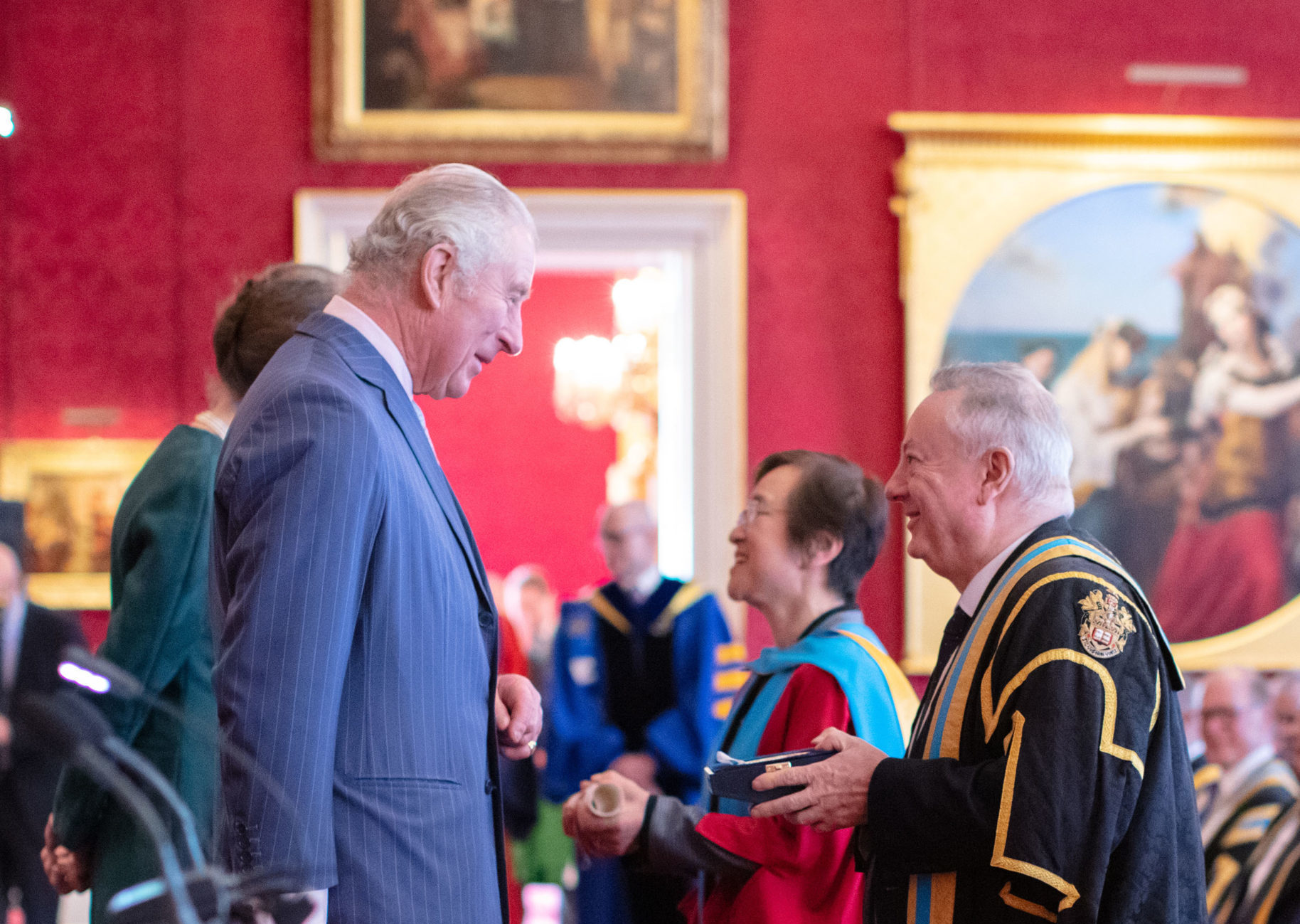 AT a special prize-giving event at St James’s Palace London, the University of Huddersfield’s Centre for Precision Technologies was officially awarded the Queen’s Anniversary Prize, for its innovative and ground-breaking research.

Receiving the award from HRH The Prince of Wales and the Princess Royal were Professor Dame Jane Jiang and the Vice-Chancellor, Professor Bob Cryan, University of Huddersfield.

The Queen’s Anniversary Prize is the highest national honour award for UK higher education and is granted by Her Majesty the Queen every two years. The Award recognises outstanding work by UK universities that shows quality and innovation and that delivers real benefit to the wider world.

Queen’s Anniversary Prizes are part of the UK’s honours system but awarded to institutions rather than individuals.  They were first presented in 1993 in order to recognise universities and colleges that had carried out ground-breaking pioneering research in a wide range of disciplines.

The prizes are awarded after highly detailed submissions are assessed in an independent review process that takes several months and involves a wide range of consultations with experts.  A shortlist is drawn up and discussed by the Awards Council of the Royal Anniversary Trust.  Finally, a list of recommended institutions is presented to HM The Queen for approval, on the Prime Minister’s advice.

The University’s Centre for Precision Technologies (CPT) is widely recognised as both a UK and world-leading centre for advanced manufacturing metrology, as demonstrated by large-scale research programmes, extensive industrial engagement, and both broad and far-reaching impact nationally and internationally.

Its research, over more than two decades, has provided modern, cutting-edge measurement theory and technologies for dimensional and surface texture, machine performance; and mathematics for measurement. The team also takes an active leadership role in identifying UK future research priorities in the field, bringing together academic and industrial communities via future horizon scanning and road-mapping activities.

The CPT team has worked with over 150 different industry partners of all sizes and from a broad range of industrial sectors. It has tackled prevalent problems faced by industry in the modern transition of manufacturing, such as critical demands on measurement toolkits to facilitate mass personalisation of products, digitalised manufacturing value chains, right first-time fabrication, and zero waste and carbon neutrality.  CPT has provided industry with many original, creative and innovative technology solutions (hardware and software), provided training and measurement services and, most recently, created a spin-out company to further commercialise emerging technologies.