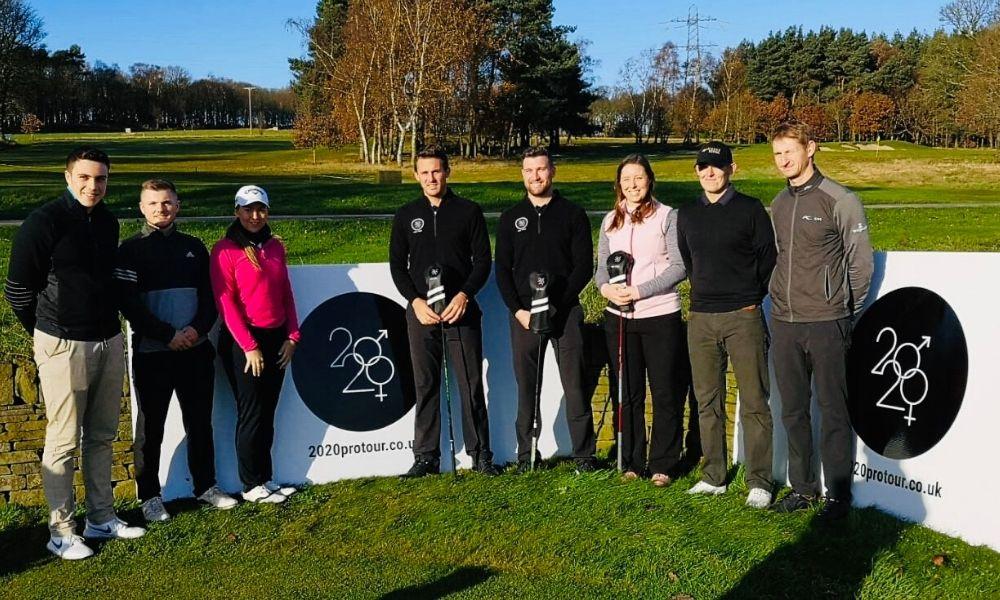 FORMER European Tour player Chris Hanson and his caddie Adam Walker have launched a Northern region mini-tour that will see men and women compete against each other on an equal footing – just six weeks after committing to an idea that formed around five years ago.

Within the first week of serious planning the pair had 10 venues for events for their 2020 Pro Tour and by the time they went live with their website and social media accounts, on Friday, 23 clubs had agreed to play host to competitions that look set to give added momentum to golf’s push towards gender equality.

The women on the 2020 Pro Tour will play a course 11 per cent shorter than their male rivals, a figure that research has shown offers a level playing field, with all the entrance fees for the 18-hole competitions – bar the green fee costs – going into the prize fund.

The 2020 portion of the club’s branding – the zeroes in the logo are made up of the male and female gender symbols – refers to 20:20 vision rather than the calendar year in which it is to be launched, starting at Walker’s home club Huddersfield next February.

A YouTube channel will be used to provide a small highlights package of each of the tournaments and Hanson and Walker have been delighted by the immediate and substantial support for the venture communicated through social media.

“We have probably talked about it for five years on and off, that there is room to do one of these tours, especially in the North of England,” said Hanson. “It kind of spiralled from an evening six weeks ago in Madrid, talking about it and spending two hours of writing notes in a notebook, to a week of writing notes, to a week later having 10 venues lined up and now to having 23 venues lined up.”

Walker said: “Membership is set at £119 and comes with a member’s benefits package, discounts on various brands, and a discounted entry fee of £99 per tournament. We want to give value back to the players. We want to make it really worthwhile that they join.”

More details can be found at 2020protour.co.uk, or by emailing 2020protour@gmail.com.

Credit: The Yorkshire Post where this article was first published – https://www.yorkshirepost.co.uk/sport/more-sport/european-tour-player-chris-hanson-launches-unique-tour-for-both-men-and-women-1-10131192