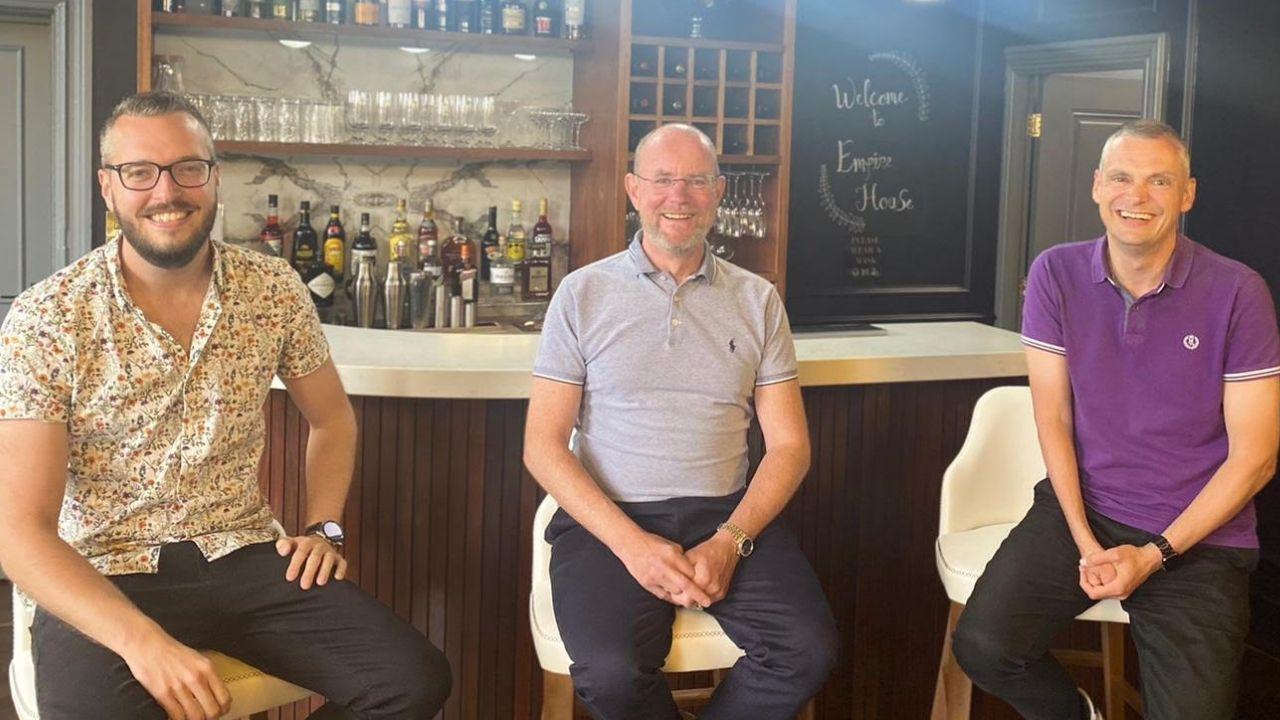 Huddersfield-based media planning and buying agency, Media Performance, has doubled its headcount to eight, grown turnover by 60% to £7m+ and relocated to a luxurious business centre in 2021, despite the challenges posed by COVID-19.

The firm, which had been based at The Media Centre since its formation in 2014, moved to Empire House in Slaithwaite – the new business members club and office facility – earlier this year.

Simultaneously, the firm has taken on two new recruits and is hiring for a third and fourth – paving the way for an ‘ambitious but achievable’ business growth strategy, which will see the firm hit £20m turnover within four years, growing by 30% per annum.

Mohammed Abu Bkr and Louis Jones joined the growing company as graduates in June, and the firm is already on the lookout for two more digital marketing specialists with experience running PPC campaigns.

Founded by Huddersfield-based businessman George Carter, the firm specialises in securing cost-effective advertising opportunities for some of the UK’s most well-known ‘household’ brands, across the FMCG, home improvement, ecommerce and retail sectors, to name a few.

In 2017, Paul Thompson joined the business as managing director after 19 years at MediaCom, handling accounts such as Iceland, Taylor Wimpey, JD Sports and more.

George commented: “2020 was a tough year for many businesses, not least ours. What we had worked incredibly hard to build over six years was almost completely wiped out, but we decided to use that period to strengthen our client relationships and make growth plans for the next five years. We’ve come out fighting.

“In the last two months we turned over more than we did in the whole of the previous year, for example, and we have a very strong order book for the next six months. We decided to move to Empire House to give us a fresh start. It is a convenient location for access by both road and rail, with prestigious office facilities with state-of-the-art meeting room and luxury entertaining facility. Slaithwaite is such an up-and-coming village too, with great independent shops, bars and restaurants. It’s a great place to be based.”