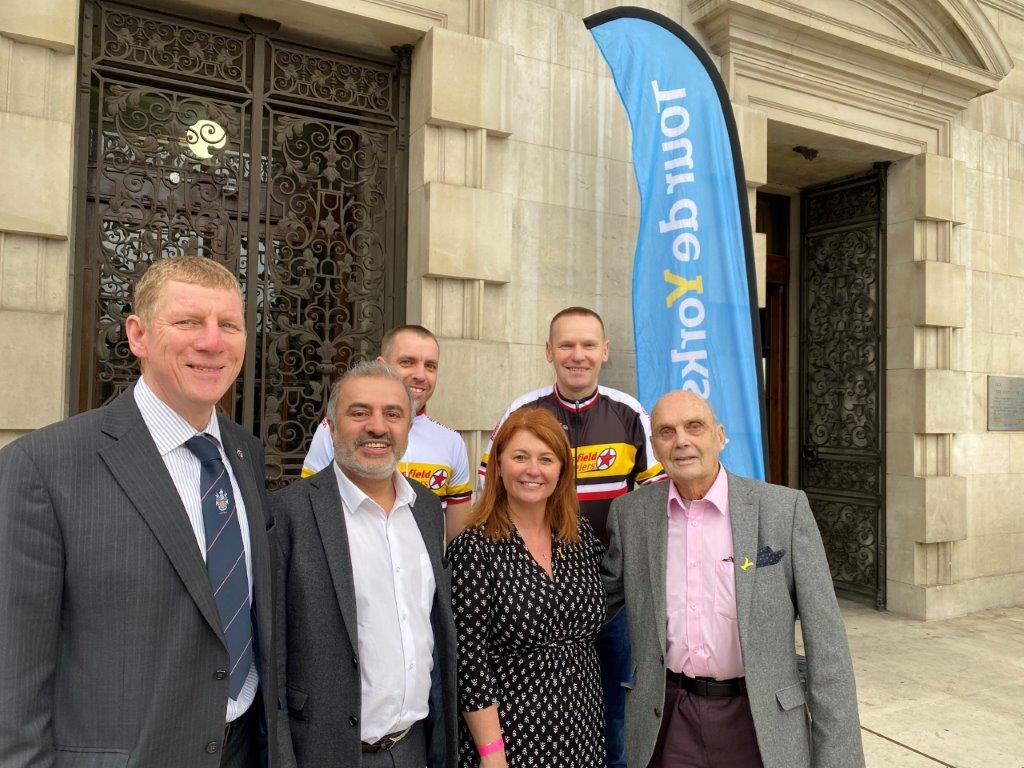 The world will be watching Huddersfield on Saturday 2 May as the 2020 Tour de Yorkshire wheels into town.

It was announced today (17 January 2020) at a press conference in Leeds Civic Hall that Huddersfield’s St George’s Square will host a finish line within both the men’s and women’s 2020 Tour de Yorkshire cycling races on 2 May 2020.

The overall winner of the Asda Tour de Yorkshire Women’s Race will be crowned in Huddersfield’s St George’s Square. At the same location, the male riders will then battle it out for the finish line of Stage Three of the four-day race.

The Stage Three route leaves Barnsley and travels via Penistone on to Holmfirth, Netherthong, Meltham, Marsden and Slaithwaite before leaving Huddersfield to travel through Calderdale. The route then heads back south via the outskirts of Halifax and Brighouse before the big finish in Huddersfield Town Centre.

Organisers have stated that the routes for both the men’s and women’s races will be the toughest in the history of the event and feature more challenging climbs than ever before.

The sixth edition of the men’s race will take place between 30 April – 3 May while the Asda Tour de Yorkshire Women’s Race runs between 1-2 May. Once again, there will be equal prize money for both events, making it one of the most lucrative races in the sport.

The race, which has been described as “one of the most dramatic races in the cycling calendar”, will be a great opportunity to showcase the glorious countryside and communities of Kirklees before the riders compete to cross the finish line in the historic St George’s Square in Huddersfield.

A staggering 1.96 million spectators lined the route for the 2019 edition which was also watched by a record 28 million television viewers in 190 countries.

The highly anticipated cycling race is a huge win for Huddersfield and wider Kirklees with the 2019 edition of the tour generating £60 million for the Yorkshire economy.

“The 2020 Tour de Yorkshire is coming to Kirklees and we are thrilled that so many of our vibrant communities and stunning landscapes will feature on race day. Millions of people will watch the action on TV or line the route as the riders travel through Holmfirth, Meltham, Marsden and Slaithwaite before heading for the finish line in Huddersfield.

“This prestigious event offers a valuable economic and tourism boost to Kirklees, and a fantastic weekend of entertainment and action for all local residents. I hope it will also inspire many more people to explore Kirklees by bike.”

Full details of each stage of the race can be found online via the Tour de Yorkshire website.

Before each stage announcement at today’s event, a short film was shown to the audience featuring a school from each location. The students of Spring Grove Junior School helped in announcing the exciting news about Huddersfield.