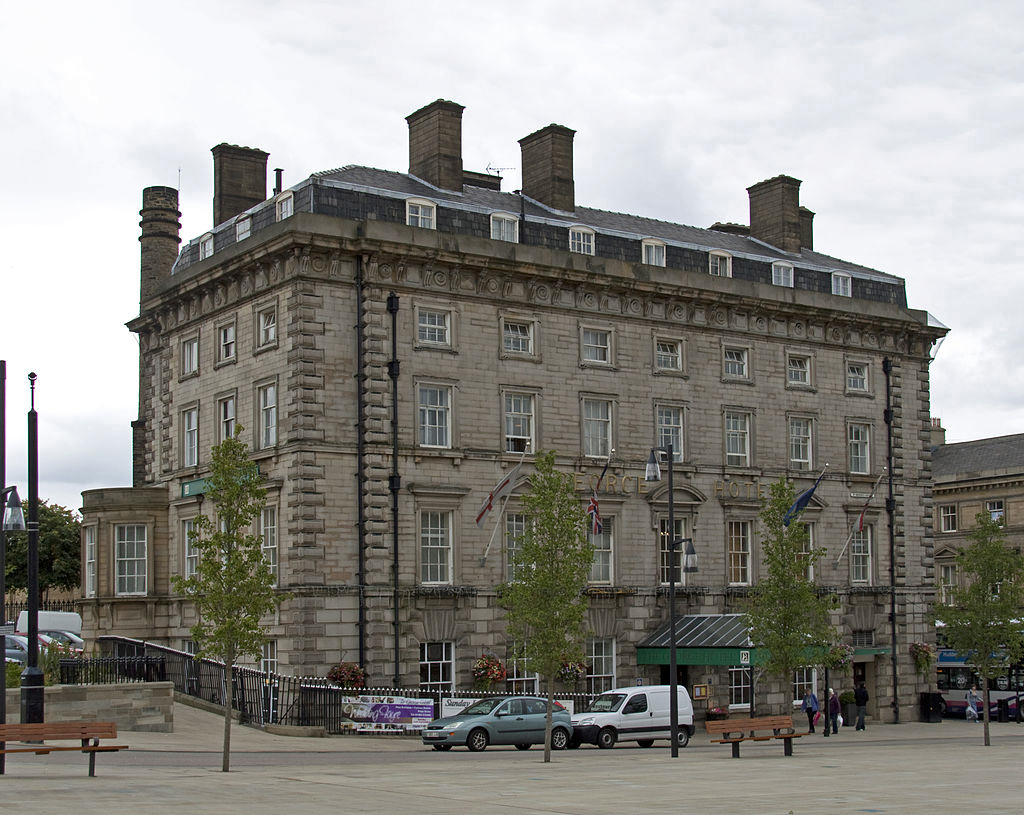 Huddersfield Unlimited, a business-led organisation that stands for the town of Huddersfield, formally supported the bid in May 2020 to locate the national Museum of Rugby League in Huddersfield, the birthplace of the sport, and in particular the proposed location in the George Hotel building.

“It is a priority for the regeneration of the town that the George Hotel is brought back into use, and not just any use; the building needs to remain a visible expression of Huddersfield’s character. We support the bid as an important contribution to overall economic regeneration as well as for its undoubted cultural and sporting significance.

“The Council’s move to break the cycle of decline by acquiring the hotel and committing to its refurbishment is the key which unlocks a range of opportunities, not only for the George, but for the whole of the St. George’s quarter.”

Towards the end of 2021 it became clear that the proposal to develop the Museum in the George Hotel is not viable without significant future costs to the Kirklees ratepayer, and the Council has offered instead to seek to identify an alternative location within its plans for remodelling the area around the library and covered market.

Huddersfield Unlimited is concerned that the timescale for finding an alternative location is stretching out and as a result, the Rugby League Museum might go elsewhere. We are working to promote Huddersfield as a place to do business and to invest, and we do not want to see its image and reputation suffer from failure to deliver on the commitments made in 2020. We have urged both the Council and the Rugby Football League to work together to develop a practical alternative offer.

Sir John Harman, Chair of Huddersfield Unlimited, states: “We agree with the Council that to house the whole of a national museum in the George would incur unsustainable cost to the public purse. We support the Council’s plans to redevelop the George and that the only obvious commercial solution for the building is as a hotel, but it also needs to be linked to, and provide part of, an alternative museum proposal.

“We believe an alternative solution can be found if the Council and the Rugby Football League really want to do so, and if we can help in this, we will. The Council has ambitious plans for renewal of the town centre’s ‘Cultural Heart’ and we encourage everyone who cares about the future of the town to have their say in the consultation which is taking place. The museum could be part of those plans, as the Council has suggested, but we would point out that if the long timescale for that is a problem, there are other buildings in Huddersfield Town Centre in need of renewal and regeneration. What is clear is that the remodelling of the George Hotel and the plans for a museum need to proceed in step.

“Huddersfield should be the national and international home for the history of Rugby League, not only because of the historic significance of the George Hotel, but because of the extensive archives of the game held by the University of Huddersfield. It must be possible to make this happen.”

For more information on how Huddersfield Unlimited is supporting business and investment in the town, visit: https://www.huddersfieldunlimited.co.uk/what-we-do/