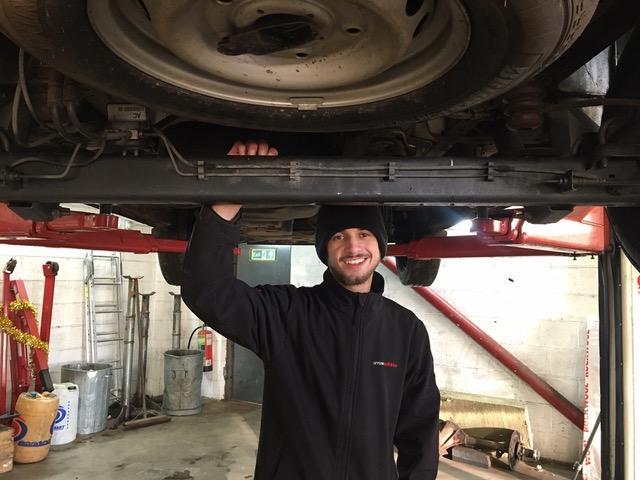 20-year-old Tyler Roberts from Batley has been awarded the Best Apprentice in the Motor Vehicle category of Kirklees College Outstanding Learner Success (COLS) Awards but even better, at the awards ceremony in Huddersfield last night he scooped The Overall College Apprentice of the Year award, making him the ‘best of the best’.

Tyler, who studied for two years before starting his placement with business leasing company Arrow Self Drive, has shown himself to be an exemplary student and employee over the last 11 months. He continues to attend the college one day a week whilst learning to hone his skills at Arrow until he completes his NVQ Level Three in Light Motor Vehicle this summer.

Kirklees College train approximately 2,000 apprentices over 30 occupational areas who are employed at over 1000 companies in West Yorkshire. The awards recognise excellence in classroom and workplace learning in a number of these industries.

Arrow Self Drive has been in partnership with the college for 25 years and has taken dozens of apprentice technicians in that time. Both Area Workshop Managers started as apprentices and have been with the company for over 20 years and 25 years respectively. At least another ten employees currently work for the Company came via the apprenticeship route.

The college came along to our Wakefield depot in January to film Tyler and his manager Chris Brian in preparation for the awards ceremony on 30th January.

“I am thrilled for Tyler, he really is the best of the best; in all the years I have had apprentices he is up there in the best two. Tyler fit into our team from day one. He is clean, polite and helpful; whatever I ask of him he does without question or drama – he just gets on with the job and he is learning fast. I started as an apprentice here so I fully understand the challenges of starting as the new boy on the block. Tyler has proved himself already with his attitude to learning and his work ethic. On top of all that he is a really likeable character who will go far. I just wish I had ten more like him.”