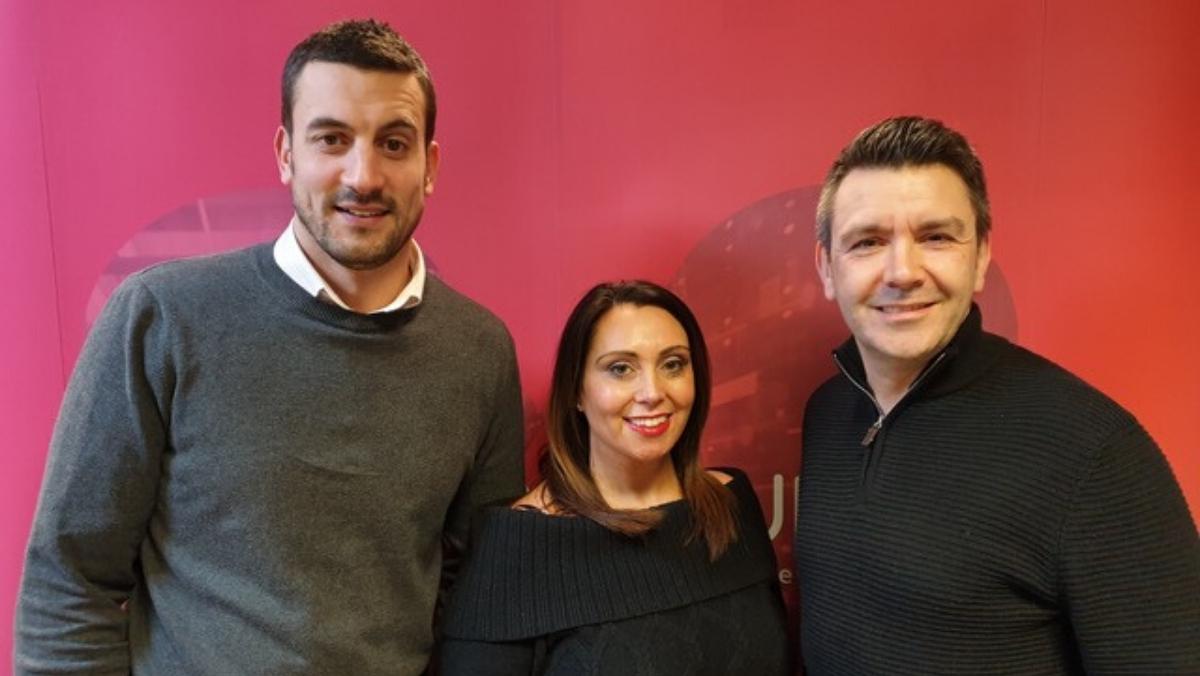 Elland-headquartered Vapour Cloud has kicked off 2020 with a big announcement – the promotion of two popular colleagues to senior positions within the organisation.

During the company’s first team meeting of the year, operations manager Carol McGrotty was propelled into the role of head of operations and compliance, having joined the team back in 2013.

A colleague since almost the very beginning, Carol was hand-picked for the position by CEO Tim Mercer, who had previously spent 10 years working alongside her at Virgin Media Business.

As one of the most customer service-focused members of the Vapour team, she has helped attract the three biggest ticket projects since the company was established in 2013, and in 2019 alone, she oversaw the delivery of all client contracts – that’s over 4,000 cloud licenses and more than £10m of deal revenue.

Commenting on her promotion, Tim said: “Carol works as many hours as me – and I’m CEO! She exhibits an incredible amount of care, attention, focus and commitment to the business, which means she is an immediate hit with clients and colleagues alike.

“It doesn’t matter if she’s based in the office or at home in Scotland, the team dynamic doesn’t waver. Nor does customer service. She’s proof that you can use technology to make flexible working WORK and is one of the most invaluable assets to our Yorkshire-headquartered business! We support some big clients but have always remained focused on operating like a family. She is the lifeblood of that.”

Meanwhile, Alec Stephens has taken on the role of sales manager, following an impressive 11 months in the position of account director. He hit the headlines in February 2019 when his long-awaited move to Vapour was revealed in a playful football transfer-themed announcement.

As the year unfolded, he went on to play a pivotal part in some of the company’s largest deals.

With more than 15 years’ experience in the technology sector, Alec began his career as an inbound contact centre agent and Tim employed and trained him whilst at Virgin.

“Alec’s likeable tenacity means he is something of a rare breed in our complex world,” Tim elaborated. “Partners trust his straight-talking expertise, and the team internally know he will have carefully thought out every proposal we put on the table, so we’re always able to deliver on our promises.”

When considering the timeliness of the promotions, Tim concluded: “2020 will be a pivotal year for Vapour, as we have our eyes set on up to 50% growth in turnover. Having the right team in place has therefore never been so important.

“The board was impressed by the appointment of customer services manager Blaine Craig, channel account manager Emma Haywood and non-executive director Jon Pickering late last year, and to be able to promote two valued colleagues to senior positions within the team is a fantastic next step.”