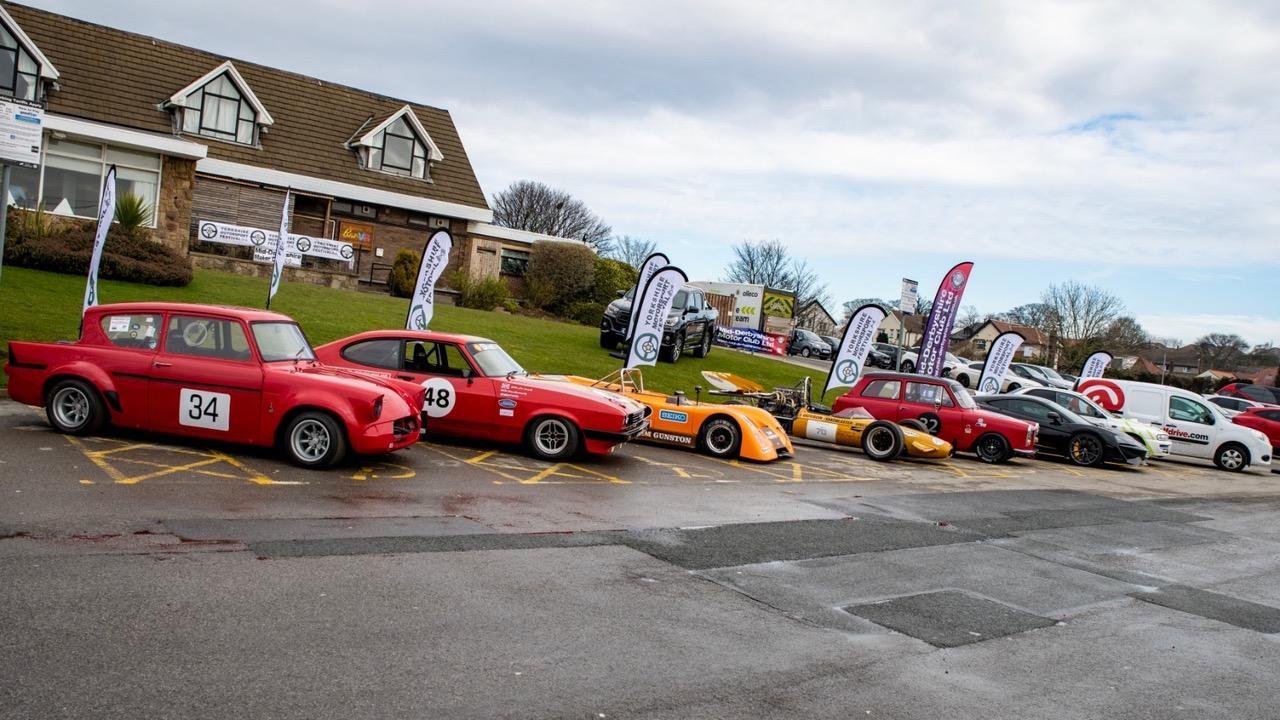 A new and exciting summer event launched today that is looking to put Yorkshire firmly on the map as Northern England’s centre of all things car-related over the coming years.

June 26-28 will see the first ever running of the Yorkshire Motorsport Festival, for what promises to be a weekend to give car lovers, and their families, the stuff that dreams are truly made of.

“There are some great events of this type in the UK,”explains event Joint MD, Michael McErlain,”but they are all based somewhere near London. A few like-minded enthusiasts thought that something of this nature was long overdue in the North and committed our time and funding to get it off the ground.  We looked around for a suitable venue and this site near Holmfirth presented itself.”

The 100-acre festival site will host some of the world’s most fabulous machines, both on display and in action, as well as a huge variety of other attractions – everything from race & rally cars, through classics & supercars to historic trucks, tractors and plant machinery, as well as street rods and muscle cars.

The Festival is also bringing together a group of universities to showcase some of their new-tech engineering/transport developments. Much of this will be motorsport-focussed, but it will also look at future automotive trends in more general terms.

The competitive focal point of the Festival is the Wolfstones Speed Hillclimb – Yorkshire’s first closed-road speed event this century. The Hillclimb, organised under the auspices of Mid Derbyshire Motor Club, should provide a challenge for competitors and exciting viewing for spectators along the 0.8-mile course, with close-on a hundred cars powering their way through the Holme Valley, trying to achieve the quickest time from start to finish.

Hillclimbing – famously described as “Formula 1 up your garden path” – will not only feature as the competition centrepiece of the Festival but also as one of its major themes as the organisers wanted to mark the Centenary of Speed Hillclimbing in the area. “Hillclimb 100” will showcase a display of cars that have either  competed in local hillclimbs over the last century or are from the area and have a special significance in the history of speed hillclimbing as a sport. Cars from the display will open the Wolfstones Hillclimb on Friday 26th and will feature in demonstration runs on each of the competition days.

As well as the first Wolfstones Hillclimb, the Yorkshire Motorsport Festival will also stage the debut Northern Concours – a concours d’elegance, with a selection of mouth-watering exotic and often expensive motor cars. Yorkshire has a large number of car collections whose owners are submitting entries for the concours, many of which have never been shown before.

The organisers aim to provide something for everyone to make it a great family outing. Spanning the areas of both motorsport and family entertainment will be a weekend full of lawnmower racing. These machines – capable of speeds up to 60 mph will provide spectacular entertainment over the weekend, as will the Live Music Arena,  funfair, trade stand area, fashion shows, Cheerleading demonstrations, the birds of prey shows and the amazing sheep theatre.

The Festival is delighted to announce a charity program that has been developed with Huddersfield Giants Hall of Famer, Eorl Crabtree. The Rugby League legend has come up with a double initiative which will involve several other sporting stars from the region and the highlight will be the “Run the Hill” event, in which Eorl and other sporting stars will participate.

Quality locally grown and supplied food and drink will be a major feature of the Festival.

The Yorkshire Motorsport Festival has the support of Kirklees Council and will be one of the most exciting annual events in the area during the summer, looking to attract around 30,000 people over the three-day extravaganza.

“Because of the way the site works there will be some road closures during the festival and the days around it,” explains Yorkshire Motorsport Festival’s Joint MD, Max Crosland, “but the site has been carefully chosen for minimal inconvenience to local residents – that’s really important to us. Buses will run normally and we are working with both the Council and the Police to make sure traffic will be well controlled.”

The Festival is also looking to recruit locally in both the run-up to the event and during it, so as well as boosting the local economy, there will be some excellent opportunities for people looking for some early summer work.

The festival website – www.yorkshiremotorsportfestival.co.uk – and related Facebook and Twitter apps are up and running. Interest in the festival has been immediate – even before its official launch.