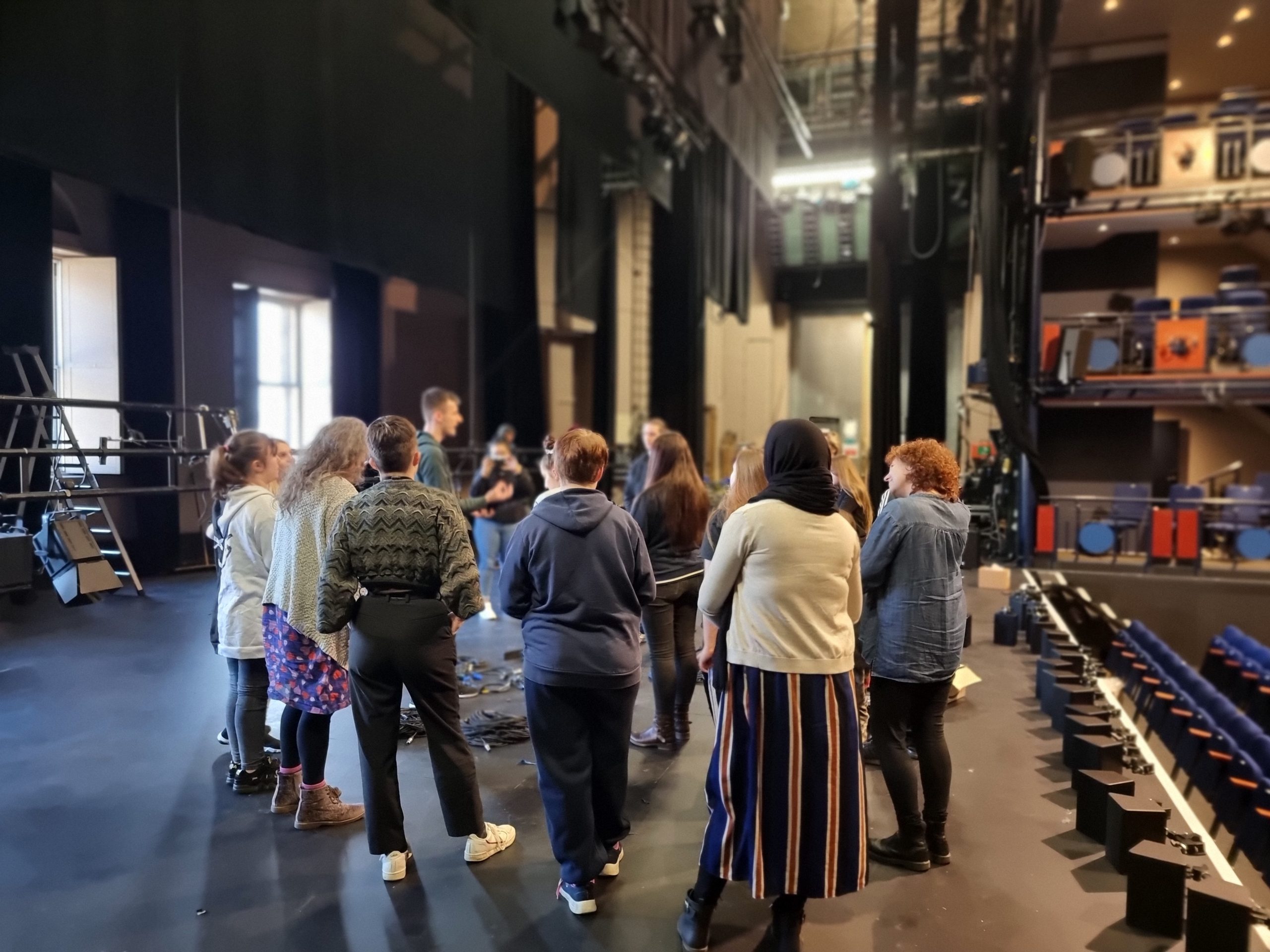 Young Carers in Huddersfield Given Chance to Connect with Arts & Culture

Local actor and producer, Madiha Ansari, secures funding to give young carers in Kirklees the chance to get under the skin of arts and culture.

Madiha, who is Campaigns and Participation Officer at campaign-led theatre company, LUNG, has worked extensively with young carers on various projects over the years and wanted to raise funds to pilot the ‘Young Carers Creative Makers’ YCCM workshop at the Lawrence Batley Theatre in Huddersfield.

So when Madiha discovered that creative education provider, IVE, was looking to micro-commission 15 creatives in Yorkshire to finance the research and development of working with a new group of young people who face barriers to arts and culture, the team at LUNG set about developing their successful application to secure the cash to test their pilot programme.

The Young Carers Creative Makers programme is designed to develop the creative skills and confidence of young carers by building relationships with their local theatre, while offering respite from their caring duties. A young carer is someone aged 17 and under who has the responsibility of providing unpaid care to a relative. It is estimated that there are over 700,000 Young Carers in Britain, with an average age of 12.5 years.

The local young carers were also given an exclusive backstage tour of Lawrence Batley Theatre, and attended classes with industry insiders who work across set, costume, lights, sound and stage management. At the end of the sessions, they combined all of their work and experiences to develop and produce ‘Isolation is…’, a short film that the participants wrote, illustrated and recorded to be published online to celebrate Young Carers Action Day.

Following the success of the pilot program, Madiha and the team at LUNG is once again set to facilitate the programme, in August, with a new group of Kirklees-based young carers, with plans to roll the workshops out nationally to young carers in the long term.

Madiha Ansari, Campaigns and Participation Officer at LUNG comments: “The arts have a vital role to play in offsetting some of the challenges that young carers face. LUNG is committed to providing this support through long-term creative projects, and working collaboratively with communities, arts venues and young carers services to help enrich the lives of people who might not otherwise have access to the theatre and other arts.”

Verity Clarke, ‘Bridge’ Programme Director at IVE, adds: “People like Madiha and organisations like LUNG are critical to connecting arts and cultures with harder-to-reach communities and demographics. We were delighted to receive their application for our micro-commission funding, which is part of our Arts Council-funded Bridge programme, and are extremely impressed with what they have achieved so far.”